Method:
In a randomized clinical trial, adults (N=80) with current major depressive disorder and a score ≥4 on the Scale for Suicidal Ideation (SSI), of whom 54% (N=43) were taking antidepressant medication, were randomly assigned to receive ketamine or midazolam infusion. The primary outcome measure was SSI score 24 hours after infusion (at day 1). 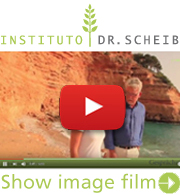